Happy Saturday friends! Sorry for the slightly late post. Alex and I had our second date night in the past three days last night so I was tired when we got home and wanted to head to bed. Have a wonderful day 🙂 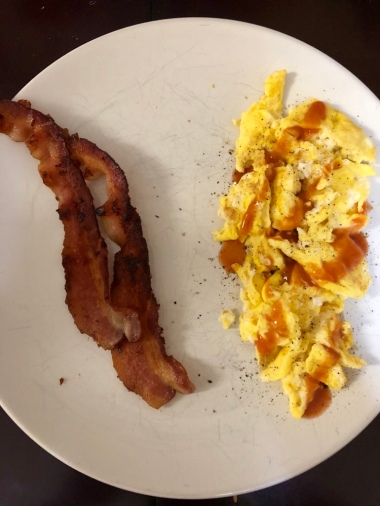 Friday started off pretty good. After getting ready for the day, Alex and I realized we had time for bacon so we made some to have with our eggs for breakfast. Bacon starts any day on a good note.

At work, I started reading Little Fires Everywhere by Celeste Ng. It’s the story of the Richardsons who have four kids and live in a suburb of Cleveland. The story starts out with the tenant in their rental house leaving in the middle of the night and the youngest child sets the house on fire the next day. Rewind a year when the tenants moved in and somehow that leads to little fires everywhere in the house. So far so good through the first 5 chapters. 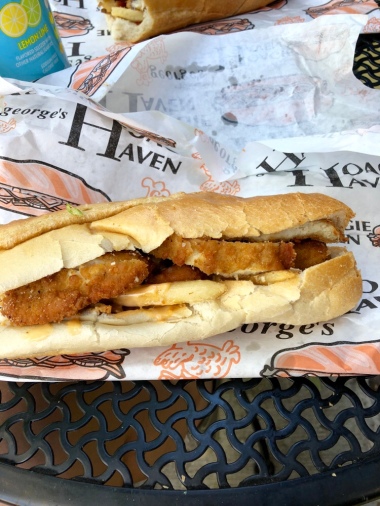 When I got home from work, I had some packages waiting for me so I tried all the dresses on while Alex had a work call. Once that was done, I made some homemade ice cream for a dinner we have tonight (hopefully it freezes well and tastes like ice cream!) before we headed into the car. Alex called me Thursday afternoon while both of us were at work, which is unusual, and he simply asked “Do we have plans Friday night?” I responded no and he said great we’re going on a date and hung up. The first stop was dinner at Hoagie Haven in Princeton. It’s one of Alex’s favorites and it hit the spot.

We got in the car and started driving to Trenton which is somewhere we never go. The entire way, I was guessing potential places and he said no to all of them. I actually guessed right though with a baseball game! The weirdest part was I had a dream that we were going to a baseball game and I never remember my dreams, it’s like we had ESP about it or something lol. Apparently a girl he went to high school with posted on Instagram that she had tickets but couldn’t go. Naturally Alex slid into her DM’s to snatch them for us haha. The Trenton Pork Rolls, formerly Trenton Thunder, is the minor league team for the Yankees. For all we know, we watched the next Derek Jeter play last night! 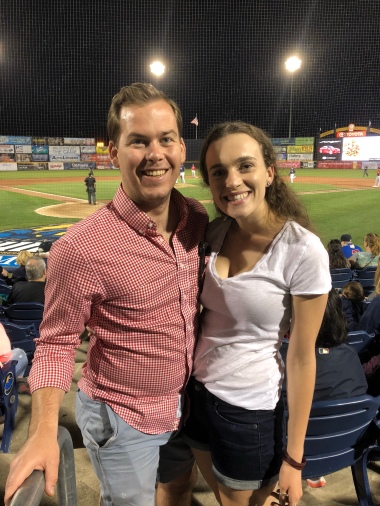 It ended up being absolutely beautiful for a game. The seats were basically behind home plate and we chatted while sipping on a beer as big as our head during it. Seriously, the beer was huge. The atmosphere was very kid friendly and the family behind us had two little boys that were providing us with some funny entertainment during it. Overall the game was really well until the 9th inning. It was tied 2-2 when the Erie Seawolves scored 3 points on one hit. We decided the Pork Rolls probably weren’t going to win it and headed home to bed instead.

Question of the day: Are you a baseball fan?